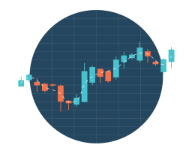 Would you like to learn the most common analysis methods used by forex traders, as well as their strengths and weaknesses?

We’ll present you with a short description of three popular trading strategies used every day by numerous people across the globe.

We’ll start with a basic explanation of each strategy before going into more detail about its advantages and disadvantages.

Furthermore, it’s important to note that no single strategy works for everyone – different strategies work better for different kinds of traders (for example, beginners vs experts).

It would help if you tried all kinds of strategies until you found one which fits your personal preference, risk tolerance and market conditions.

So without further ado, let’s dig in.

Oscillators are used to predict the momentum of the current price action and pinpoint overbought and oversold levels.

There are dozens of such oscillators – some of them use mathematical formulas (like RSI), while others derive their signals from historical data (for example: moving average crossovers).

Some popular oscillators include:

Oscillators are an integral part of many strategies, but they can also be used independently. Oscillators are especially suited for identifying overbought and oversold levels near the end of a trend.

Traders usually consider this information when deciding on which side to enter a trade (towards the momentum).

The first two concepts are used to establish a potential investment’s direction, while the latter gives traders a better idea about where to place stop-losses and take-profit orders.

Support & Resistance is all about finding locations where security has had trouble passing through in the past – then, traders can expect such levels to act as barriers for future price action.

The analyst usually looks at the underlying asset’s trading history and studies its reversal points. Suppose a certain level has caused significant changes to a security’s price on numerous occasions.

In that case, the same thing will likely happen again in the future (because people tend to repeat their mistakes).

Trend Lines are another common concept used by analysts when studying an investment opportunity.

The idea with trend lines is pretty simple: you draw a line between two extreme lows or highs within a given timeframe and check how prices react to this potential barrier.

If they break above or below this line, it could mean that the previous trend is being reversed.

Price Action Trading Patterns are the last principle of conventional analysis, and they are based on recognizing specific formations within a price chart.

Scalping is a trading strategy that involves profiting from very brief changes in asset prices.

Scalpers use small price movements and usually deal with one-minute or five-minute charts (never mind about daily ones).

The idea is to open and close trades within seconds – this allows them to take advantage of every little movement the market offers.

For example: suppose that a trader spots a bullish pin bar on a five-minute chart while the current price action shows that an uptrend is beginning.

In such a case, he might buy at market value while setting his stop-loss order below the pin’s wick. Once the euro hits his stop-loss level, he sells at the market again. He might get out of the trade if it goes up even further.

However, if it starts going down shortly after, his loss would only be limited to the price gap between his entry and stop-loss levels.

Scalping is an excellent strategy for traders who want to make numerous small profits throughout the day – even though many novice investors see this as an unprofitable activity (their losses are limited due to low risk).